Today marks the one year anniversary of my first post on this blog.  I began writing here mainly as an outlet, so that I had something fun to think about while so many un-fun things were happening around me. I was hoping that some people could relate to my experiences and at the very least, to make you laugh–because I really needed to as well.  Honestly, I felt out of sorts, and I needed to distract myself from turning into a raving lunatic who wanders around town in a muumuu with an empty tequila bottle.  Lots of tacos and beer have also done wonders to soothe the psyche over the past year.

So in honor of this momentous first anniversary, a list for you about why you might benefit from sticking around for the second:

1.  I haven’t written a single poop story yet, and I have many. You have no idea the amount of self-restraint I have shown on your behalf internet.

2.  I haven’t even told you about the time I pooped in my pants—-as an adult.

3. Because some guy at a bar recently said to me, “You eat tacos and I’m looking for a cure for cancer.”  As if eating tacos was my job (oh god, how I wish it were).  I think it was meant as an insult, but I wasn’t aware that the two were mutually exclusive.  Like, I’m not allowed to cure cancer and eat a taco at the same time? What the fuck is that about?

4. Because this year I am going to participate in a triathlon and light a cigarette as I come down the finish line.  Or poop my pants.  Or wet myself.  Or crawl to the finish as I do all three. 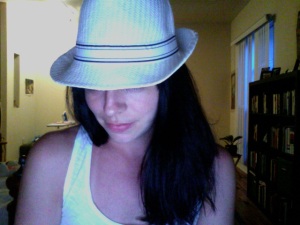 This entry was posted in Uncategorized. Bookmark the permalink.

1 Response to Queen Savage turns one