I think this picture about sums up last weekend’s Gasparilla festival in Tampa. 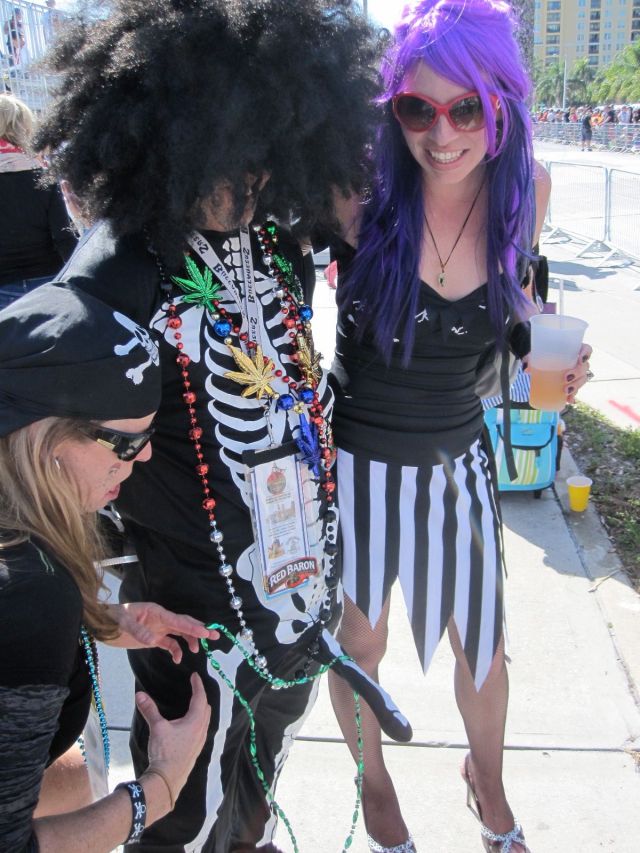 The Southerner and I woke up at 7am last Saturday, put on our best pirate costumes, and boarded the Starlight cruise in St. Pete.  The Starlight is a riverboat cruise from St. Pete to Tampa that includes breakfast, lunch and dinner, while giving you an awesome view of all the Gasparilla festivities.  Mainly, you get to be a part of the amazing flotilla into Channelside, Tampa. 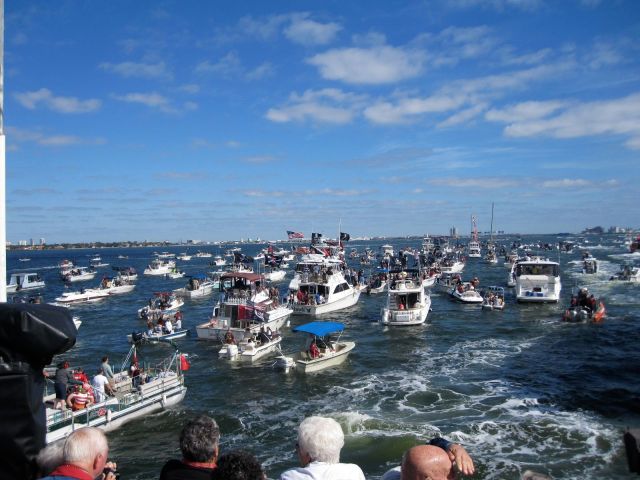 We quickly learned that we were the youngest members of the Starlight crew by about 30 years, but that didn’t mean that we weren’t ready to play a mean game of Bingo on our way into Tampa!  Actually, we sucked at Bingo.  Who the hell knew there were so many variations? And it’s a little hard to keeps tabs on your numbers when you’re seeing double from those three mimosas you had at 8am.  Not to mention that given the mean age of your boat members, breakfast was a bran muffin that’s already sent you to the bathroom several times.  Hello, Starlight, I ALREADY go to the bathroom several times a day.  I didn’t really need any extra incentive.

Speaking of our elderly population and their interesting proclivities.  The closer we got to Tampa, the more some of the women in surrounding boats began to take their tops off.  And the more excited some of my elderly male shipmates began to get.  One skeezer in particular began to shout “Take it off!” “Show me your titties!” “Take it all off!”  IN FRONT OF HIS WIFE.  Over and over again.  And over again.  I actually took video but I feel that it would be unfair to post it.  Unfair to his wife, who honestly didn’t seem to mind.  Maybe, she thought she might get laid that night.  I hear pirate sex can get kind of kinky.  I, for one, could not stop asking the Southerner to show me his booty.

This entry was posted in Florida. Bookmark the permalink.