Thanks to a well-timed Groupon, I saw Anthony Bourdain and Eric Ripert speak at the David Straz Center in Tampa last night.  I’ve been obsessed with No Reservations for years now.  For the 6 months that I lived in New Zealand, I ate lunch almost every day with Bourdain’s show as my lunch-time companion.  Except the show always makes me feel really sad about whatever I’ve cooked compared to the culinary delights Bourdain gets to wolf down.

Thank god it was dark in the theater when Bourdain stepped on stage because I started crying like a baby.  I was completely unprepared for how emotional I was going to feel about being in the same room as him.  I was even less prepared for the fact that by the end of the talk, I was also really obsessed with Eric Ripert.  Ripert is a very good story-teller and it’s easy to tell how passionate he feels about cooking and about food.  Not to mention that he’s so nice compared to Tony that he’s like the Dali Lama of chefs.

Bourdain and Ripert spent the evening discussing a variety of food-related topics, like why Paula Dean is bad for American’s health, the French tradition of eating Ortolans, sustainable living, the fact that cheese whiz doesn’t actually have cheese in it, and pink slime (look it up right now).  At moments, the talk lagged a little, but I really didn’t care.  I was just happy that I got to see Tony’s cowboy boots in person. 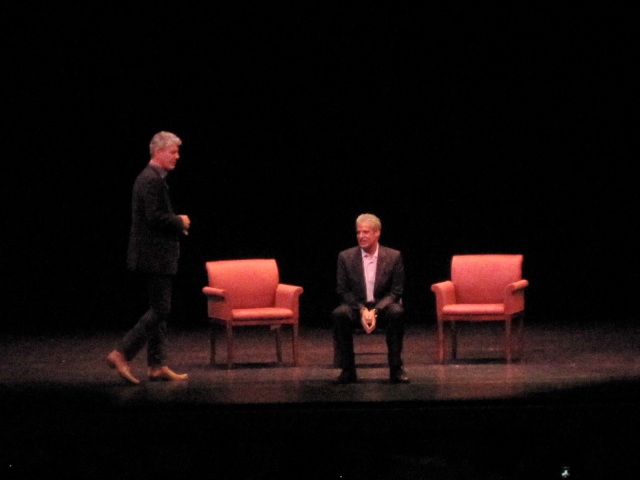 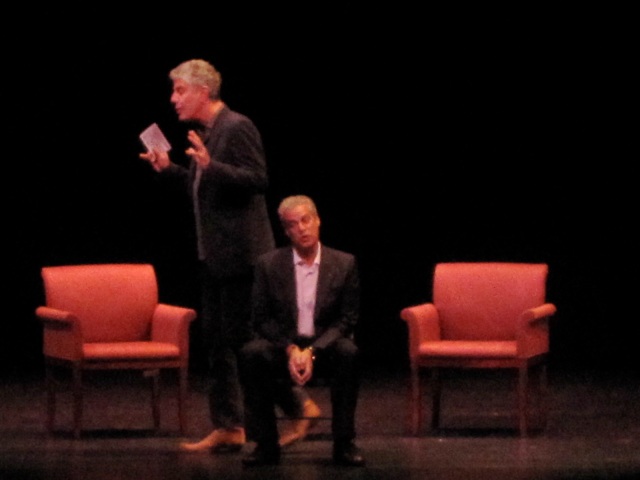 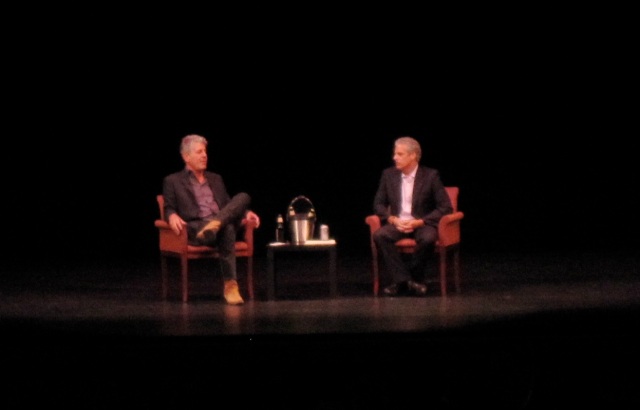 Big sloppy kisses to the Southerner for taking one for the team last night.  He insisted on going with me to the show even though he had a fever and was coughing into a hankie all night.  After the show, he gave me his arm and led me to the book stand where he told me to pick out a signed copy of each chef’s book to take home.  I seriously almost started crying again.  Thanks, Love.  You will always be my top chef (look at me getting all hokey).

This entry was posted in Crushes, Food. Bookmark the permalink.