Seems like every magazine, blog, travel article, Most Wanted ad I read lately has the word Portland in it. So a few weeks ago, we decided to take a road trip from Missoula, MT (where we lived for the summer) to Portland, OR to check out all the hype.  The first few hours of the drive consist of flat plains and not much scenery.  However once you reach the Willamette Valley, mother nature opens her arms and french kisses you with a winding mountain-road of jaw-dropping beauty. (Sorry, no pictures.  I was too busy staring out the window, while simultaneously slapping the Southerner in the arm to check out the sights.)

For our first night, we chose to stay at the McMenamins Kennedy School Home on the east side of downtown Portland. 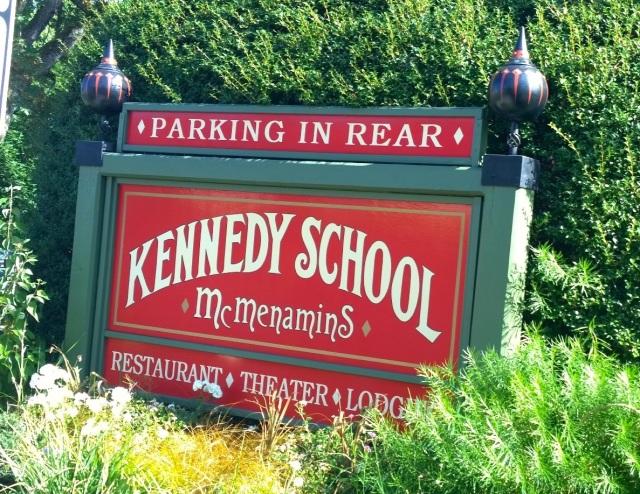 The property is located in a really cute, quiet suburb.  After eight hours of driving, we were elated with our choice to stay there the first night instead of venturing into the city proper.  It helped us ease our way back into city life after spending three months in Montana where the words “traffic” and “skyscraper” are nonexistent.

The Kennedy School has several different restaurants and bars, as well as a gigantic, old-timey movie theater.  The night of our stay, the hotel hosted a trivia night in the theater.  We decided to opt out of trivia since we were tired and weary of interacting with large crowds of people (another result of spending summers in Montana), but we ended up regretting our decision later.  Apparently, the event is super popular with locals and the crowd wandering around the hotel looked like they would have been a lot of fun. By the time we had changed our minds, trivia sold out so we decided to go on a tour of the bars in the hotel instead. 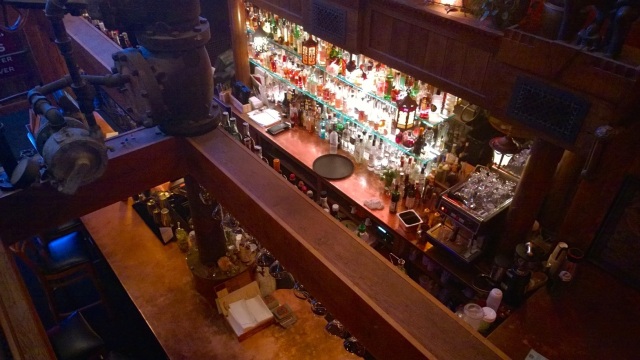 The Boiler Room Bar was our favorite by far. It is separated into three levels with a pool table on the top floor, a beautiful bar on the second, and another pool table and shuffle board on the last floor.  Shuffle board.  Ugh.  One of the Southerner’s favorite games, and my least favorite.

The rooms at the Kennedy School are on the small size, but there is so much to do within the hotel itself I didn’t care at all about the lack of room space.  (Advice: if you have small children, this is the hotel for you! You don’t have to worry about leaving the hotel for anything and all of the restaurants seemed really kid friendly.)

That said, the rooms are freaking neat.  Each one is decorated with a particular book in mind.  We stayed in Left Out in the Rain.  I wish I had known the whole book-theme thing before since the room next to ours was A River Runs Through It! The Southerner would have flipped if I had managed to surprise him with that room instead. Maybe next time.

The following morning, instead of having breakfast at the hotel we decided to take a short drive over to Pine State Biscuits based on a friend’s recommendation.  I gave the Southerner a short pep-talk about the possibility of having to wait in a long line for a biscuit (A concept that does not compute with him about food in general. Long lines for football tickets? Yes.  Food. Huh???).  Luckily, no line in sight and the biscuits were ridunculous. 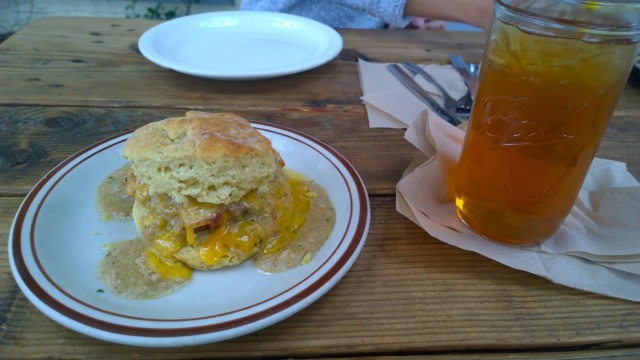 I would love to rub this biscuit in my nether places, but I guess I’ll eat instead.

After breakfast, we drove over the Hawthorne Bridge to check-in to our new hotel, The Sentinel, and fully immerse ourselves in city life once again.  My first impression driving into the city was utter amazement at the hundreds of food trucks.  Hundreds of food trucks within blocks of our hotel!

The Sentinel’s lobby is gorgeous and the adjoining bar has a very Portland, hipster, fun vibe to it.  The rooms are just as swanky and the bathrobes provided are a nice touch.

We set out from the hotel into what turned out to be my favorite day of the trip.  We basically just bar-hopped and shopped our way throughout Portland’s downtown Pearl District.  We also stopped a moment so I could prove how nimble I am for a 33 year-old. 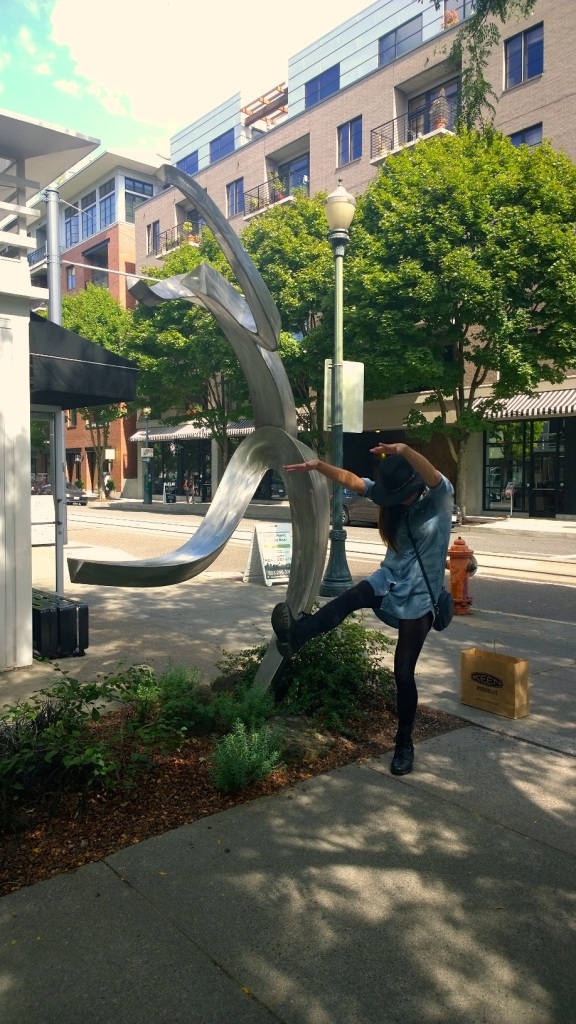 We went to Powell Book Store.  Who do you think we are? People that just drink all day while on vacation instead of soaking in the cultural attractions? Whatev.

After all the drinking, shopping and, ahem, culture we could take we went back to the hotel for a good night’s sleep.  Unfortunately, the Southerner got up in the middle of the night to use the bathroom, tripped over a pair of shoes, and sprained his toe.  Let’s just say that my initial reaction to the toe sprain did not win me any wife-of-the-year awards. So, the next morning I tried to make up for it with coffee and pastries from The Pearl Bakery. I think it worked.

Due to the toe incident of 2014, I was on my own for day 3 of gorging my way through Portland.  This meant that I walked around every single food truck within four blocks of the hotel for hours, ultimately deciding not to get anything. There were just too many choices. Maybe I don’t like food trucks after all? My stomach was exhausted just looking at them.

The last night of the trip, the Southerner rallied and joined me for dinner at Andina Restaurant (another awesome recommendation).  Andina, I love you.  Your service is impeccable, your atmosphere divine, and your tapas make me wish my gastrointestinal tract decided to temporarily go on strike. 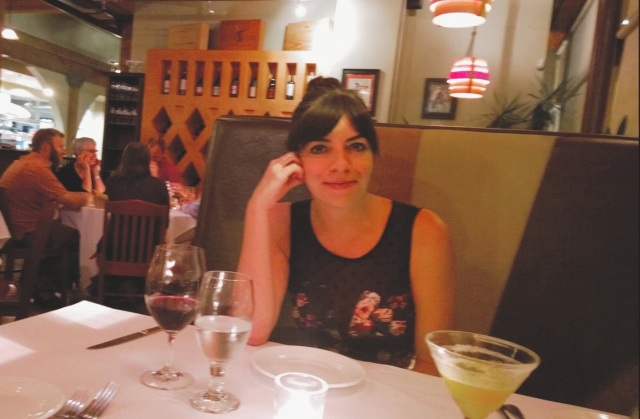 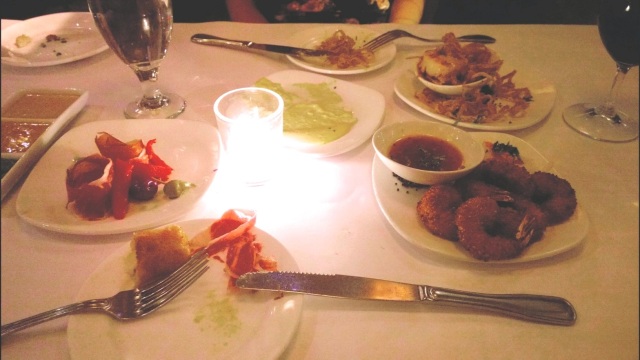 I could name all the tapas we ate that night, but seriously, if you’re ever in Portland you should just go there and eat your way through the entire menu.  Every single thing is delicious.

Our final morning, I had to make one last stop at Voodoo Donuts since everyone and their mother told me to go there.

The Southerner waited in the car while I ran in and came out with this: 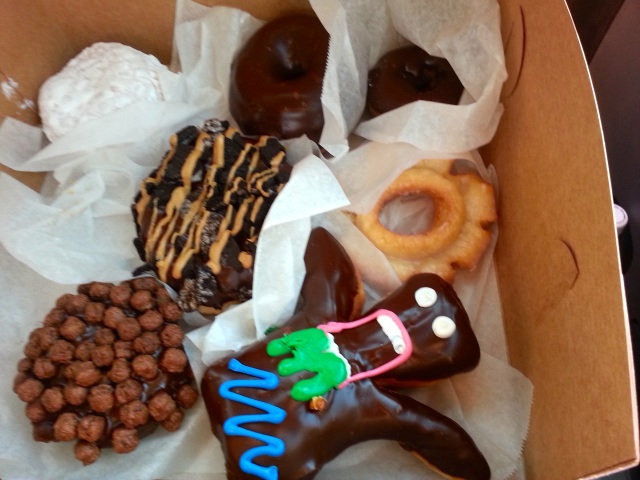 I am not ashamed in the slightest to admit that I took generous bites out of every donut in that box (Except the lemon-filled powdered sugar. Yuck.) and then devoured the voodoo guy.

All I can say is yum, Portland, yum.

P.S.  I apologize for the length of this post and for not posting in almost a year. We were busy trying to take over the world. When that didn’t work, we decided to buy a house instead and temporarily lost our minds.

This entry was posted in Travels. Bookmark the permalink.